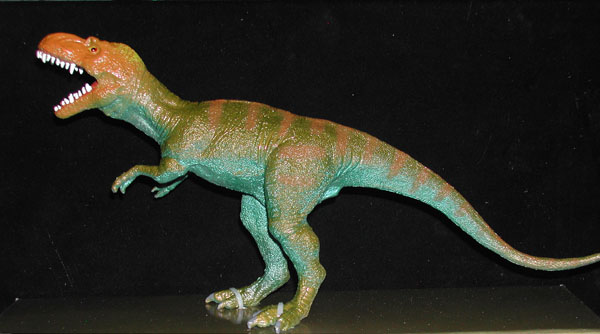 The Albertosaurus libratus was a fierce carnivorous dinosaur and a member of the Tyrannosarus family. One of the world’s greatest hunters, this awesome bipedal dinosaur was over 25′ long (9 meters,) 15′ high (3.5 meters) and weighed over three tons. One of the largest predators during the Cretaceous period the Albertosaurus was believed to be less robust and faster than it’s brother the T-rex. It used long sharp teeth that where as big a 6″ (20cm) to rip its hunted prey and scavenge meat from other unsuspecting dinosaurs. It acquired the name Albertosaurus libratus from the province of Alberta, in which many fossilized remains of this dinosaur have been found.

Designed and manufactured for the Fossil Shop inc. in collaboration with the Royal Tyrrell Museum.

There are no reviews yet.

Be the first to review “Albertosaurus Libratus” Cancel reply